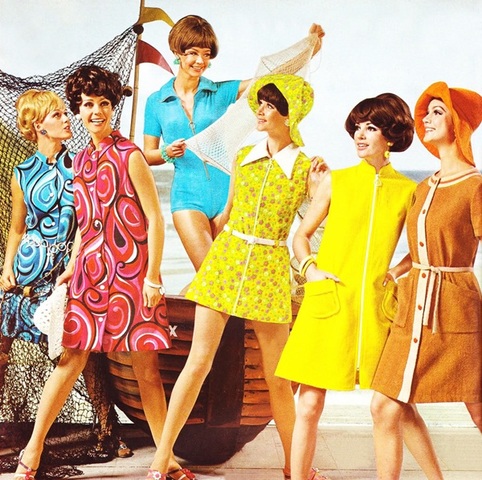 We love designer fashion. We even love their logos. But when a product is covered entirely with the designer logos it reminds us of the country music comedy singing star “Minnie Pearl” who used to wear all her clothes and hats with the price tags still attached. When the entire item is covered with the designer logo we think it looks like crap. Sorry Louis Vuitton but you are the worst offender, followed closely behind by Gucci. At one time there was even a Cadillac series covered in Gucci logos and there are plenty of custom Rolls Royces covered in Vuitton logos. Excuse us, but that kind of excessive designer self-promotion is a cause to run for the nearest barf bag. Oh, but wait. The designers didn’t necessarily do this.
The rich who have more money than brains wanted this. The most famous excessive use of the Louis Vuitton logo was a custom paint job on a Rolls Royce by a German guy who owns legal brothels in Germany and bought himself the title of “Prince” by paying millions for Zsa Zsa Gabor and her husband of royal German lineage to adopt him. Louis Vuitton is suing him for unauthorized use of the copyrighted logo and claim that his use of the logo diminishes the value of the logo when used in this way. This is from the company that uses a gazillion of their logos on a small handbag. As far as we are concerned one “LV” logo per product is enough. Is it so hard for them to come up with a new design that is not suffocating their products with their own logo?
If rich people want to show everyone how rich they are, why don’t they just tattoo their bank account balance on their forehead instead? Excessive use of any logo is ridiculous and it is ugly. So we recommend a complete boycott of any product that has been smothered in designer logos. This is not so much of a protest but mostly because we think the items are butt ugly. Can you really see yourself going on vacation with all matching Louis Vuitton luggage? OK unless the luggage is cheap illegal Chinese fakes, you spent $10,000+ for it and that is obvious to everyone that wants to steal from you or maybe even kidnap you and hold you for ransom because a person that has this luggage is usually not the person that originally earned the money to pay for it.
People who actually earn the big money are more careful with it. It is their kids and lazy relatives that waste it. This stack of LV luggage in the airport or being loaded on board for a cruise just tells every nefarious person that you are good bait for a ransom. By having these products you are not really going to impress anyone that you would like to impress. A pig with lipstick on it, is still a pig. All you are going to do is draw unwanted attention from the wrong kind of people.
If you like designer items because they look good, they are made well, and you feel happy to have them, those are all good reasons. To have them just to try to show off is not.…